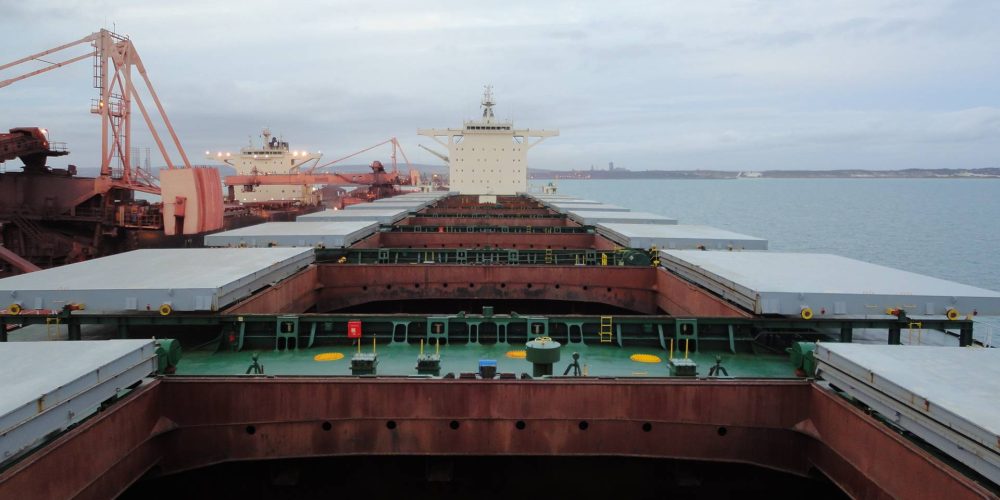 Brief summary of the inspection procedures
The Asian Gypsy Moth (AGM) is an exotic and highly destructive forest pest which is native to Far East countries such as Japan, Russia, China and Korea.
AGM have the ability to cause extensive defoliation of trees, either killing them or leaving them weakened and open to other diseases and pests. The AGM’s flight season, i.e. the period during which the females lay eggs, normally runs between June and September.
Therefore, ships calling in those Far Eastern ports where AGM are found in high density during such period are likely to be infested with egg masses on some part of the cargo or external area of the vessel. Female AGM are attracted towards bright lights, thus any part of the vessel which is lit up has a high chance of being deposited with egg masses.
Such egg masses are extremely tough and resistant to changes in temperature as well as moisture. Once deposited on the structure of the vessel, usually in sheltered locations, they travel well and are very tough to displace.
After they hatch, the ability of the female moth to travel as far as 21 nautical miles, along with its voracious appetite to feed on trees and shrubs, makes it a highly invasive species that poses a serious threat to the landscape and natural resources of a country.
Due to these reasons, certain countries where the AGM is not indigenous have put into place procedures in order to prevent vessels which may be carrying such pests from entering their ports.
They include the United States, Canada, Australia, New Zealand and Chile.
Such procedures consist of the requirement of certification from the port of departure in high risk areas verifying that the vessel is free from AGM and also inspections at the port of arrival of ships suspected of carrying AGM onboard.
Vessels which fail to comply with such requirements or which are found to be carrying AGM after inspection may be ordered into international waters till they are deemed to be completely risk free.
Vessels calling at ports in China, Japan and Korea to ensure that are properly inspected and cleaned after any call to these high risk areas.